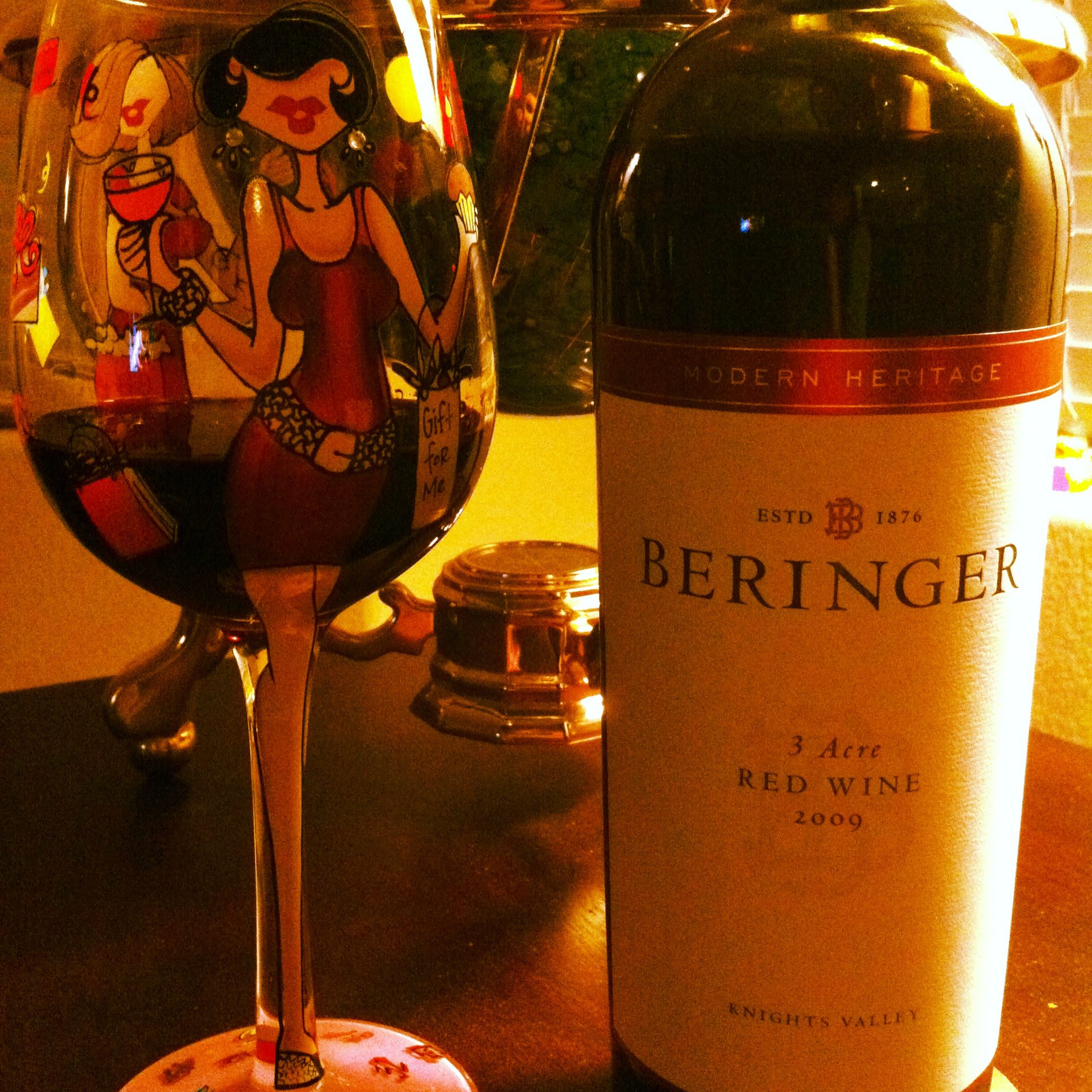 So originally I planned to write my second post this past Sunday evening, but then the world in my hometown turned upside down and suddenly my posting anything seemed truly irrelevant.  I live in Las Vegas (well, really in Henderson, but I am a born and bred Vegas girl), and, if you’ve watched the news then likely you have heard that someone decided to rain bullets on 22,000 innocent people who were out enjoying a concert on a beautiful Sunday night in October (weather-wise, this is a fantastic time to be in Vegas).  This tragedy was something so surreal, so insane, and so not anything anyone I know could ever fathom happening here.  My love and I had thought about going to the concert that night, but could not get single night tickets.  But I knew a few people who did go either to enjoy the music or because they were a first responder already assigned to work the event.  Of those I knew that went, they either left before it happened or were able to get out after, but there was at least one person I know who lost one of their other friends who attended, and the cousin of a colleague of mine was shot (she is ok and as I understand, is now out of the hospital)).  My love and I looked at each other and said we’re thankful we weren’t able to go.  We heard this crazed man had rented rooms at a high-rise condo at the Life Is Beautiful Festival, which we did attend last weekend (for the final night of that event) and that is a scary thought because it hits home how this could have happened anywhere.  I know I don’t want to become paranoid because of incidents like this, but it definitely reminds you to be ever more aware of your surroundings when you’re out and about.  And my heart aches for all those who were injured and especially for those who lost their lives and their grieving families.  At the same time, I am also outrageously proud of my hometown for how everyone has pulled together to help all of the victims.  We may be known as Sin City, and there’s that tag line that implies that anything that happens here stays here, but what I hope doesn’t stay here and instead gets out to the rest of the world is how much heart actually resides here.

So, what does one say after such a somber week and saying “Cheers!” doesn’t feel at all appropriate?  Perhaps instead we should raise a glass and offer a prayer (and/or deepest sympathy and best wishes for healing, if prayer is not your thing…no judgement here) for those who lost their lives, for those who are recovering from their wounds, and for everyone from the concert attendees who were able to escape, to the folks staffing the concert who also had to flee, and of course for all of the first responders and all of the medical staff at the area hospitals that took in victims.  Our hearts go out to all of them.  And then after you raise your glass and make your offering, go hug those you love tightly.

p.s. The header photo is one of the best ones I have of (a portion of) the Strip.  I love that it shows at least a bit of how bright, colorful, and sparkly my hometown is.  No matter what this madman did, his actions can’t dim how bright Vegas shines.

p.s.s.  If you’ve been following the story and want to donate, there is a GoFundMe for Vegas set up to help the victims.   And if you happen to live in southern Nevada and are willing and able to give blood, please check out United Blood Services.  But do note that they are asking people to make appointments in order to better manage the blood supply.  Thank you!

It’s actually 5:15 a.m….on a Monday, but apparently my to do list on this day includes blogging.  I’m currently up, entirely too late and too long (after attending a local music festival), watching Julie & Julia and it was something of a kick in the pants reminder that it’s been four years since I posted anything to this blog.  And really it’s the second reminder that I’ve received.  The other was having a friend mention my blog a couple of weeks ago and proceed to compliment me on it despite having no recent posts.  He really enjoys the title and theme and that was akin to a gentle nudge.  So, a gentle nudge and a kick in the pants later, and here I am…sitting in bed, watching a movie about a once popular blog while restarting my own.

Now for the important part…what the heck to write about.  One might think “Well, duh…you have a wine blog…write about wine.”  And true…that’s the theme, but I have a slight dilemma: I’m not drinking anywhere near as much wine as when I first started.  This dilemma has fantastic benefits of course.  Like I dropped nearly 40 pounds and my blood sugar level dropped by 16 points (a great thing since Type II Diabetes runs in my family).  I’m also back to paying closer attention to the wines that I do drink; trying to determine what I smell and taste and how it goes with food.  But not drinking wine as much or as often presents an interesting challenge to writing a wine blog.  My friend suggested I write about wine and fitness.  Definitely a good idea since I still truly enjoy wine, but have to limit how much I drink so I can run in a straight line.  However, I also like to cook and there is a big cooking holiday coming up (actually come to think of it, there are two of them coming up), so writing about wine and cooking sounds like a great idea as well.  I believe though that I may do a bit of both, with some other wine-related musings in between.

So no pictures of wine with this post; just the picture in header with a question to which I can say, yes I do have wine.  Cheers until next time!

p.s. Though I did write this at 5:15am, I did not publish right away.  Even as inspired as I was I know the wisdom of write once and edit twice…preferably after at least a few hours of sleep. 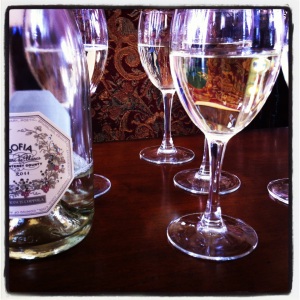 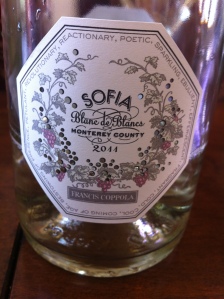 Today I raised a glass of Sofia 2011 Blanc de Blanc to toast the start of a new venture.  A few of my girlfriends and I, led by good friend Toni Spilsbury, started an online magazine called Recess.  Recess is a blogger-based online magazine, similar to Huffington Post, but geared towards Las Vegas women.  And we love guys, too, so we have a section just for them.  We’re inclusive that way.

Personally, I’ve posted a few articles to the site, including this one about some upcoming wine events here in Vegas.

So grab a glass and head on over to the site.  It’s time for Recess!

And the Sofia? Lovely, light, vivacious, smells of pears and citrus and tastes like a fun summer party. Cheers! 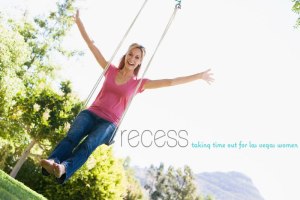 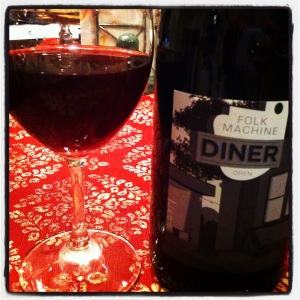 So I heard earlier today that it is National Drink Wine Day.  Well, I could think of no better day to open a wine-related blog than today.  So here I sit, typing away whilst sipping a nice Pinot Noir (a gift from a dear friend) and nibbling on a chocolate chip cookie (don’t judge…the pairing is working for me).

As my tag line says, I’ll wine if I want to, and with this blog I’d like to share my adventures in wine.  I’m not a newbie to wine, but I’m not a wine snob either.  I simply enjoy wine and all that I perceive that it entails: creativity and heart and a sensory experience that beseeches me to truly stop and smell and taste all of what a wine has to offer.  I’ve been fortunate to have met several people who are far better versed in wine than I am and I’ll introduce you to them along the way and share with you what they’ve taught me.  And perhaps, through this blog, I may have the honor of meeting more wine-minded folks from whom I can continue to learn and share that knowledge here. And yes, sometimes I wine just because it’s fun to wine with your friends and loved ones (Wineopoly anyone?).

So let the fun begin and join me on this journey through wine-land!  Cheers!

Scroll to Top
50 Shades of Grape

If You Were Here, You'd be on Vacation Now

A Blog about the going ons at @SWSknows

Uncorked: The Blog by The California Wine Club

Bad Is The New Good